TLY: Today, we welcome author Lisa J. Yarde. She is a historical fiction writer whose stories are inspired by the Middle Ages in Europe.

Thank you so much for joining us, Lisa! Growing up, did you hear a lot of stories about your own family history?

LISA: Thank you so much for hosting me, Kathryn. Both of my grandmothers, my aunts and uncles, even older cousins told me a lot about family history in Barbados. Enough to inspire me to do some research and purchase an Ancestry DNA kit. As I had assumed, my history includes West African origins, but I also had confirmation of an Irish heritage, which the family has long suspected based on stories of my maternal great-grandmother.

TLY: You live in Brooklyn, New York. What might a tourist find in Brooklyn that is of historical interest?

LISA: I’m fascinated by New York’s role in history from the colonial period on. I’m fortunate to live 10 minutes’ drive away from Wyckoff House, which exists as a museum now, but had been a Dutch colonial home since the 17th century. Then there’s the iconic Brooklyn Bridge. I’ve walked the span of it many times and always marveled at the ability to construct this bridge with 19th-century technology. Brooklyn was also home to Jackie Robinson for two years during his start with the Dodgers.

LISA: Moorish Spain is not only an epoch of history where architecture, literature and medical knowledge thrived. It was a fascinating period in which Arabic became the courtly language and Islam, the dominant religion, not Christianity. Moorish Spain introduced innovative ideas, farming techniques, and trade goods into the Iberian Peninsula. Although the Christian Reconquista eliminated Moorish rule after 700 years, the influence of Moorish Spain remains in the language – especially any word beginning with ‘al’ that derives from an Arabic term - and the foods. The country’s turbulent history, revolving around a civil war between people who differed in their religious beliefs, provided the perfect inspiration for my 'Sultana"series about the last Moorish rulers, the Nasrid dynasty of Granada.


TLY: As someone who has spent time in Spain, what is it you enjoy most about the country?

LISA: The people. I’ve always found Spaniards to be welcoming and incredibly tolerant of my vain attempts to speak their language. In my travels, I’ve been fortunate enough to visit the setting of my novels, Granada’s Alhambra. There’s something so special about walking in the places where the real-life personages who’ve inspired me once did more than 500 years ago. Among the tourists at the site, I’ve always found Spaniards who have a deep appreciation for their cultural heritage. Those with whom I’ve engaged, once they find out I’ve written about the Moorish period, are always receptive and encouraging.

TLY: The poet Federico Garcia Lorca is quoted as saying: "In Spain, the dead are more alive than the dead of any other country in the world. What do you think he means?"

LISA: It’s true. Beyond their fervent veneration of Catholic saints, there is this sense of history deeply embedded in the Spanish psyche and culture. The experiences of centuries past still influence the outlook of the Spanish on their country and the world today.

TLY: Some people consider the term “historical fiction” a kind of lie—that by fictionalizing history you are being unfaithful to the past. Thoughts?

LISA: As novelists, if we’re lucky, we get the ‘who, when, where and how’ of history, but we rarely get ‘why’ something occurred. I view it as my responsibility as a writer of historical fiction to pursue accuracy and authenticity, but it’s impossible to know everything. In the case of the characters I’ve written about in the Sultana series, I amassed a wealth of detail about their lives, but often, viewed through the biases of the victors, Queen Isabella of Castile and her husband King Ferdinand of Aragón. Historical records themselves are often unfaithful to the truth, hence the adage, ‘history is written by the victors.’ In adopting major Moorish historical figures as my main characters, I hoped to give them a voice, to portray the possible reasons for their motivations in the two centuries of warfare and détente between Moorish and Christian Spain. In 20 years of research, I’ve learned many earlier assumptions of historians aren’t necessarily accurate and that the losers of history found means to tell their side of the story, too.

TLY: Authors may love or hate their characters. Can you tell us which of your characters you like or dislike?

LISA: Oh, Lord! That first part is like asking me to choose a favorite family member. But I’d have to say among the female figures, it would be Sultana Fatima, the heroine of the first and second books in my series who emerges as the character I’ve liked the most. The real Fatima was a fascinating woman, impacted by political events in her youth, who later exerted major influence during the reigns of her grandsons after their father’s murder. I did not doubt the ruthlessness of the Nasrids, but I was surprised an element of that existed in Fatima’s personality, too. She apparently arranged the stabbing of her eldest grandson’s chief minister in her home because of his heavy influence over the young Sultan. Surprisingly for me, the villainess Maryam of the third and fourth novels is a close favorite behind Fatima. I knew less of Maryam’s life than her more powerful predecessor in the harem, but I don’t doubt she was a survivor primarily. For a woman who entered the harem as a slave, became the mother of seven of a Sultan’s children and successfully schemed to remove her eldest son’s rival from the throne, Maryam had to have been a remarkable person in life.

As to characters I dislike, it should be clear to readers of the fifth and sixth novels in the series that Queen Isabella is a personage whom I do not favor. She was not only partly responsible for unleashing the Inquisition, one of Spain’s darkest periods, but she was an extremely dishonest broker in her final agreement with the Moors. As I’ve said, religion was truly the sole difference between the Moorish and Christian peoples of Spain. Isabella exploited that contrast to gain papal support for her war when really, she was just as interested in gaining a foothold in Africa to stave off her Portuguese rivals AND gain wealth through trade. I’ll grudgingly admit she preserved Granada’s Alhambra as most visitors see it today; her descendant Carlos is responsible for the significant alterations that occurred later.

TLY: Lisa, it has been great talking historical fiction with someone who really has devoted her life to writing the past. Can you tell us about any current projects you are working on?

LISA: Now that the "Sultana" series is complete, I’ve moved on to 15th century Romania with a trilogy about the father and two brothers of the real Prince Dracula. The first of the novels, "Order of the Dragon" explores the difficult choices Vlad Dracul II made to maintain his power base and keep his family safe from the Turks, as they appeared poised to seize Constantinople. The second and third books, "Sons of the Dragon" recount the turbulent lives of the respective eldest and youngest sons of Vlad; Mircea and Radu, who each faced their own difficult circumstances against the Turks in a struggle for survival. Because some of the events across the series overlap, I’ve had to write some chapters of each book concurrently. I hope to have all three novels available at the end of the year.

Thanks again for this opportunity to share my publication journey with your readers, Kathryn! 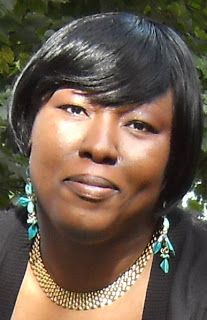 Lisa J. Yarde writes fiction inspired by the Middle Ages in Europe. She is the author of the six-part "Sultana" series set in Moorish Spain, of which the first title is available in five languages. Lisa has also published two historical novels set in medieval England and Normandy. Born in Barbados, Lisa lives in New York City. Learn more about her writing at the website www.lisajyarde.com.