Connections; Plagiarism that doesn't add up


In the 1950's, the waggish mathematician-balladeer Tom Lehrer paid mischievous tribute to the 19th-century Russian mathematician Nicolai Ivanovich Lobachevsky, who was thought to be an inveterate plagiarist. Mr. Lehrer imagined an unscrupulous acolyte following in Lobachevsky's footsteps by writing a math book in which every chapter is stolen from somewhere else and the index is copied from an ''old Vladivostok telephone directory.''

Lobachevsky was actually cleared of all wrongdoing -- similar ideas developed simultaneously in different countries -- but plagiarism lives on. It has reared its head in recent discoveries about the ''research'' of the historians Stephen E. Ambrose and Doris Kearns Goodwin. It recurs regularly in the literary world. And it has been so rampant at universities that software has been developed to scan the Internet and test for unusual resemblances. 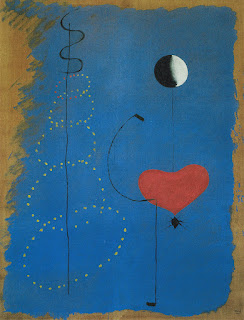 Mathematics has been relatively immune. Yet now, Mr. Lehrer's Lobachevsky lyrics have become relevant on their home turf, in the exposition of mathematical ideas, if not their discovery. The ramifications may not be large, but the incident is unusual. John L. Casti, a science writer who teaches at the Technical University of Vienna and at the Santa Fe Institute in New Mexico, has been accused of lifting a substantial number of extended passages from other sources in his latest book, ''Mathematical Mountaintops: The Five Most Famous Problems of All Time'' (Oxford, 2001). Mr. Casti's book, written for the lay reader, describes mathematicians' explorations of complicated ideas involving maps, numbers and spaces. But along the way Mr. Casti's research apparently got a bit out of hand.

The mathematical expositor Barry Cipra, who writes for publications like Science and the journal of the American Mathematical Society, found over two dozen echoes and excerpts from his own work along with barely modified excerpts from the writings of over a dozen colleagues. The sources include such books as ''Journey Through Genius'' by William Dunham, ''Fermat's Enigma'' by Simon Singh and Science. Mr. Cipra circulated extensive comparisons in an e-mail message to several other mathematicians.

It turned out that one of these mathematicians, Thomas C. Hales, had already corresponded with Mr. Casti last fall, expressing ''outrage'' at the lifting of his own writing; Mr. Casti responded with an apology for his ''inexcusable behavior'' and promised both the apology and a correction in the next printing of the book. But when Mr. Hales discovered the widespread extent of the problem, he rejected the proposal. Since some of the unattributed passages also come from journals of the American Mathematical Society and the Society for Industrial and Applied Mathematics, the executive directors of these organizations protested to Oxford University Press, asking, on Feb. 8, that Oxford ''immediately cease offering the Casti book for sale in all outlets.''

On Thursday, in a letter to the two mathematical societies, Laura N. Brown, the president of Oxford University Press, said that because of ''unattributed passages'' the book would be recalled. A full accounting of the passages plagiarized is being done. No questions have been raised about Mr. Casti's other books.

Mr. Casti, in a telephone interview on Thursday, acknowledged that there were problems with ''some level of copying that went on either consciously or unconsciously'' and that Oxford Press had made a ''good decision.''

''I feel very badly about the whole business,'' he said, and mourned ''having a career and reputation built up over years wiped out.'' He wishes, he said, he could meet privately with every injured author.

Many of the passages being questioned vary in only minor details from their sources. For example, while Mr. Casti writes: ''The problem with the proof lay in the construction of a complicated mathematical object called an Euler system,'' the original text, according to the two societies, differs only in using the word ''structure'' rather than ''object.'' In another passage, Mr. Casti writes: ''If you place a loop on the surface of a soccer ball, as it shrinks it will always shrivel up into a point.'' Mr. Cipra reports the unacknowledged source to be a report from Science, which varies only in preferring basketball to soccer. These examples, like many others, are parts of longer paragraphs that vary only slightly from their sources. Even illustrations are taken without credit from other publications.

Part of the reason for the plagiarism, perhaps, is that in mathematics a theorem will often allow little paraphrase. How many ways, for example, can one refer to a technical object like ''an elliptic curve that violates the Taniyama-Weil conjecture''? Even in the exposition of mathematics, analogies and clarifications can be so powerful and become so familiar that they may eventually seem to have no provenance.

But Mr. Casti's case, which Mr. Cipra calls Casti-gate, obviously goes much further. One of the extraordinarily odd things about it, though, is that Mr. Casti is otherwise so generous in his credits and compliments. Some sources are actually listed in an appendix of ''Suggested Readings,'' complete with page numbers and praise (without noting the lifted passages). Mr. Hales even appears in a photograph and is given credit for his discoveries, if not his prose.

Mr. Casti's rampant plagiarism is still more peculiar because mathematically it is so insignificant. It is not an attempt to steal credit for original discovery, but to steal prose that explains original discovery. But far from clarifying this knotty material with crystalline elucidation, much of that prose will be unintelligible without college-level mathematics. So this case is strange indeed: credit is generously given and scandalously denied; the stakes are, in mathematical terms, unusually small; and the plagiarism is both unnecessary and unsuccessful.

The motivation would be far more comprehensible if this were an attempt to claim mathematical immortality with an absconded discovery (even though examples of such plagiarism are almost nonexistent). There are some cases in which a mathematician's ideas are so elegant that they are adopted unawares, and others in which a mathematician suspects unacknowledged influence. But the intellectual lineage of mathematical ideas is usually well known and the intellectual watermarks of their creators obvious.

The most famous accusation of mathematical plagiarism may have been leveled against Leibniz, the 17th-century philosopher, for supposedly stealing Newton's ideas and claiming to have invented the calculus; this possibility particularly galled Newtonian loyalists because Leibniz's version of the theory came into common use. But it is now believed that Leibniz never engaged in the actions of Mr. Lehrer's Lobachevsky. Instead, his work, like the writings of the historical Lobachevsky, provides evidence of how, often, brilliant minds facing similar problems develop similar ideas at similar times. It is a defense unavailable to Mr. Casti, who has, unfortunately, engaged in an activity as rare in mathematics as it has become common in other arenas.