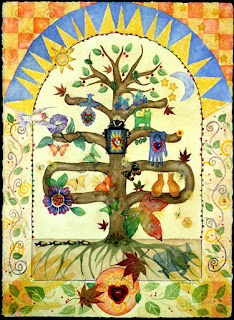 
In May 2009, in a backyard in Portland, Oregon, a few poets and artists found themselves possessed by what appeared to be a simple question: if we were to suggest that bookstores have a “peace shelf” of books, what should it carry? We were in Portland for “Another World Instead: William Stafford Peace Symposium,” and Kim Stafford, the poet’s son, posed the question.

I began scribbling furiously as Kim and Jeff Gundy, Fred Marchant, Paul Merchant, Haydn Reiss, and I widened the imagined shelf until it was a whole bookcase, and then it seemed that we’d need a whole store; as dusk fell, and later on e-mail (when Sarah Gridley joined the conversation for our panel at Split This Rock 2010), we probed a concept that teeters between immensely practical and dangerously amorphous: how to canonize a list of books and other resources that would envision a more just and peaceful world—for bookstores, for teachers, for interested readers—without turning it into Jorge Luis Borges’s famous “Library of Babel,” which contains every book ever written?

And how to overcome—in ourselves, in the poetry world, and in all the wider communities in which we situate ourselves—our own resistances to an engaged poetry that stakes specific claims about the world, a poetry that could be partisan and provocative and even utopian? After all, many of us feel as John Keats did, despite his friendship with the partisan poet Leigh Hunt: “We hate poetry that has a palpable design upon us—and if we do not agree, seems to put its hand in its breeches pocket. Poetry should be great & unobtrusive, a thing which enters into one’s soul, and does not startle it or amaze it with itself but with its subject.”

And if the poetry that presses “palpable design upon us” were not challenge enough, then what to do about poetry that proposes something about peace, the very word of which veers into a kind of New Age ganja haze and evades the pungency of real life; or, to let Keats muse on the subject, “for axioms in philosophy are not axioms until they are proved upon our pulses.” Ezra Pound’s Imagiste manifesto similarly exhorted poets to avoid fuzzy abstractions: “Don’t use such an expression as ‘dim lands of peace.’ It dulls the image. It mixes an abstraction with the concrete. It comes from the writer’s not realizing that the natural object is always the adequate symbol.”

Yet we Americans live in the most powerful country in the world, whose adaptably postmodern empire is marked by what William James calls Pure War, a state in which the real war is the constant preparation for war. Though our poetry has ably represented the traumatic and unmaking operations of war—from the rage of Achilles on to our present day—it has also often unwittingly glorified and perpetuated a culture of war. We have yet to give adequate attention to how our poetry also contains the seeds of other ways of dealing with conflict, oppression, and injustice, and how it may advance our thinking into what a future without war might look like.

How to imagine peace, how to make peace? In our conversations on the Peace Shelf, three general subcategories emerged, though these were full of overlap and contradiction: Sorrows, Resistance, and Alternative Visions. It’s simple enough: we need to witness and chronicle the horrors of war, we need to resist and find models of resistance, and we need to imagine and build another world. Even if modern poetry has been marked by a resistance to the glorification of war, vividly shown by the World War I soldier poets and many others, the important work of poetic dissent has been, too often, via negativa—resistance to the dominant narrative, rather than offering another way.

Even Denise Levertov—one of the self-consciously anti-war poets on any Peace Shelf—found herself at a loss for words at a panel in the 1980s, when Virginia Satir called upon Levertov and other poets to “present to the world images of peace, not only of war; everyone needed to be able to imagine peace if we were going to achieve it.” In her response, “Poetry and Peace: Some Broader Dimensions” (1989), Levertov argues that “peace as a positive condition of society, not merely as an interim between wars, is something so unknown that it casts no images on the mind’s screen.” But she does proceed further: “if a poetry of peace is ever to be written, there must first be this stage we are just entering—the poetry of preparation for peace, a poetry of protest, of lament, of praise for the living earth; a poetry that demands justice, renounces violence, reveres mystery.” That Levertov lays out succinctly what we ourselves, the Peace Shelf collective, took some weeks to arrive at, illuminates the challenge of the peace movement and of the literature that engages it; our conversations, our living history and past, are scattered, marginal, unfunded, and all too easily forgotten.

Come Together: Imagine Peace  provides a foretaste of the larger feast, which could begin with the Sumerian priestess Enheduanna’s laments against war, with Sappho’s erotic lyrics, or with Archilochus’s anti-heroic epigrams. Yet this feast isn’t mere sweetness and light. “Peace” is no mere cloud-bound dream, but a dynamic of living amid conflict, oppression, and hatred without either resigning ourselves to violence or seizing into our own violent response; peace poems vividly and demonstrably articulate and embody such a way. At their best, peace poems, as John Milton did in “Aereopagitica,” argue against “a fugitive and cloistered virtue, unexercised and unbreathed, that never sallies out and sees her adversary.” If, in Milton’s words, “that which purifies us is trial, and trial is by what is contrary,” then peace poetry must also interrogate the easy pieties of the peace movement and its own ideological blind spots. And indeed, Michael True’s exploration of nonviolent literature confirms that “although writings in [the nonviolent] tradition resemble conventional proclamations recommending peace reform, their tone and attitude tend to be provocative, even disputatious, rather than conciliatory.”

Perhaps peace poetry is not quite a tradition but a tendency, a thematic undertow, within poetry, and within culture. Yet it has been with us as long as we have been writing. Peace poetry, such as it may be—like the peace movement that it anticipates, reflects, and argues with—is part of a larger human conversation about the possibility of a more just and pacific system of social and ecological relations.

This article has been slightly modified for the sake of coherency.  The full article can be found here: Poetry Foundation
at January 15, 2018