LUCIUS AND THE NOODLES 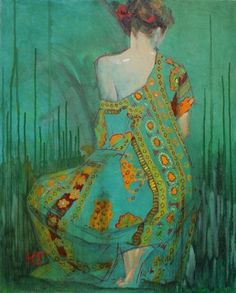 I was a parent to felines for years before I had a human child. When my son Lucius arrived, I was surprised by how similar raising an infant is to taking care of a cat. They both pretend they have NEVER EATEN EVER when food is in view. They both respond to “pprrrrsssshhh! Come here!” when I need them to come over. They both require all my attention all the time… or so they believe. They both know when they are doing something they shouldn’t, but pretend they didn’t hear you anyway. Lucius has since grown out of this last habit. Hatshepsut has not, and Uxia never did before her passing.

Royal pythons, however, require an entirely different approach. For the past three years, I have owned two: Gaia, a black pastel, and Bane, a banana pastel. So, when Gaia laid a clutch of six eggs and four of them hatched, I knew I had my work cut out for me. “The Noodles” are three weeks old and have yet to eat. They don’t care about food. Offering them live pinkies are akin to offering them snuggle buddies: they just curl up next to the squirming baby mice and go back to sleep. They also don’t want your attention. There is so much going on in their tank already, attention from a human is simply too overwhelming. “There’s a rock! And dirt! And a tub of water! Shit!!! There’s a huge snake! Wow, she’s fun to climb on!”

I tried taking The Noodles to a pet store to be sexed and get some tips on how to get them to eat. Since royal pythons can’t really be given away or sold until they have eaten twice, I’m stuck with these guys until they have accomplished this. We tried frozen thawed mice; these were babies but still had some fuzz. Here in the pet store, the differences between managing infant snakes and managing infant humans were most noticeable. In one moment, I am encouraging The Noodles to put warm, dead mice in their mouths and swallow. In the next, every other word out of my mouth was “NO!!” Not “no”, “No!” or even “NO”. All caps two exclamation points. Lucius wanted to eat the fish in the aquatic section and kept reaching into the tanks to put them in his mouth. These were cold, living, exotic creatures that cost more money than I made in a week. But my snakes couldn’t be bothered to eat a cheap dead mouse. Next, Lucius decided he wanted to move in with a twenty-foot yellow anaconda. He tried desperately to undo the latch and get in his tank with him. More “NO!!s” scared him off of that idea. So he tried licking the glass to see if that would somehow impress the anaconda enough to open the tank for him. That was when I packed up Lucius and The Noodles and we went home. Very different, indeed.
at September 22, 2017