St. Paul -- Two years ago, on a brilliant Saturday in September, a marching band paraded down Summit Avenue in St. Paul, followed by open touring cars carrying descendants of F. Scott Fitzgerald, as well as Eugene McCarthy and the novelist J. F. Powers, and by a crowd on foot, including any number of people who looked like authors, and a smattering of high school kids who had been reading ''The Great Gatsby.'' The parade wound down the hill past the cathedral to the old Shubert Theater on Exchange Street, where Fitzgerald had gone to see plays as a boy, and there, after a few speeches, buckets of Mississippi and White Bear Lake water were sloshed on the facade, rechristening the Shubert the Fitzgerald Theater. That evening, it was packed for a five-hour reading of ''Gatsby,'' from Nick Carraway's father's advice to reserve judgment on people who haven't had the advantages you've had, to the famous ending: ''So we beat on, boats against the current, borne back ceaselessly into the past.''

Fitzgerald was born in St. Paul on Sept. 24, 1896, and his birthday is celebrated here because the memory of him is so vivid, though the city has never developed him as a tourist attraction. He is our brave romantic among the taciturn Scandinavians, the chronicler of those with vast hopes and not much to base them on, and when you walk under the canopy of elms through his old neighborhood, along Summit and Portland and Laurel and Goodrich Avenues, especially on a fall day, it's easy to imagine him back in the fall of 1919, with no money, living with his parents, desperately rewriting his first novel.

He grew up on these streets, a slight, fair-haired boy whose family lived in a series of apartments and row houses on the periphery of great wealth and who developed a ''two-cylinder inferiority complex.'' He wrote, ''I spent my youth in alternately crawling in front of the kitchen maids and insulting the great.'' He was humiliated at football but kept trying, and wrote a story about a boy like himself, fair-haired and slender, who won the big game single-handedly for his team. Writing was how to make your way from the periphery into the center of things: he learned this when he was 11. He wrote a play called ''The Captured Shadow'' for Mrs. Backus's School for Girls, with himself playing a burglar. He put on plays in the attic of his friend Cecil Read's house, where a whole gang of children met, with Scott directing the plays and taking the leading roles.

Boys thought he was a showoff and talked too much, but girls were fond of him. A Southern girl named Violet Stockton spent a summer in St. Paul visiting her aunt and uncle, and Scott spent every day with her sitting on the front porch inventing stories about passers-by and making her laugh. There was Marie Hersey, Margaret Armstrong and then, at the age of 19, home from Princeton, he met Ginevra King, a beauty from Lake Forest, Ill., and was intoxicated by her. He took her to dances at the Town and Country Club, he wrote to her daily, he never forgot her. She became Judy Jones in ''Winter Dreams'' and Isabelle in ''This Side of Paradise'' and Daisy Buchanan in ''Gatsby.'' 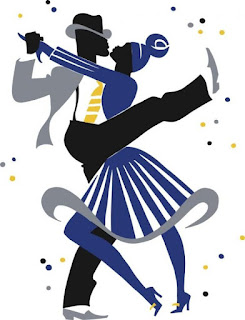 
He dropped out of Princeton in 1917 because his grades were poor, a calamity that launched Scott into the pivotal two years of his life, when he: enlisted in the Army and reported for training at Fort Leavenworth, Kan. (under Capt. Dwight D. Eisenhower), where he wrote a novel in three months, ''The Romantic Egotist,'' and sent it to Scribners; was assigned to Camp Sheridan near Montgomery, Ala., where he fell in love with 18-year-old Zelda Sayre, was rejected by Scribners and rewrote the novel, now called ''The Education of a Personage,'' and became engaged to Zelda; was on his way to an embarkation point for France when World War I ended and he was decommissioned, losing his chance to be a hero; moved to New York, got a job writing slogans for trolley placards, wrote stories, got ''Personage'' back from Scribners with a polite letter, was spurned by Zelda, went on a weeklong bender and, in July 1919, returned to St. Paul. ''I was in love with a whirlwind,'' he said, ''so when the girl threw me over, I went home and finished my novel.''

The next three months of his life are part of St. Paul folklore. Whenever old St. Paulites drive past the row houses on Summit, east of Dale, we look up at the third-floor window of 599, where Fitzgerald lived in his parents' guest room that summer and pinned the chapters of his novel to the curtains and revised them and wrote new scenes. A few blocks away is W. A. Frost's drugstore, now a popular restaurant, where Fitzgerald bought cigarettes and hung out in the evenings. Some evenings, he stopped at Mrs. Porterfield's boardinghouse on Summit and Mackubin and sat on the porch with friends who lived there and talked about books and writing. In September, he sent the new manuscript to Maxwell Perkins at Scribners and got a job at the Northern Pacific shops, repairing car roofs.

Two weeks passed. ''Then the postman rang, and that day I quit work and ran along the streets, stopping automobiles to tell friends and acquaintances about it -- my novel 'This Side of Paradise' was accepted for publication. That week the postman rang and rang, and I paid off my terrible small debts, bought a suit, and woke up every morning with a world of ineffable toploftiness and promise.''

''It came out all right,'' he wrote, ''but it came out all right for a different person. The man with the jingle of money in his pocket who married the girl a year later would always cherish an abiding distrust, an animosity, toward the leisure class -- not the conviction of a revolutionary but the smoldering hatred of a peasant.''

He married Zelda at St. Patrick's in New York, and they embarked on their famous whirlwind life, from 59th Street and the Plaza Hotel to Long Island to Paris and back, and he returned to St. Paul only once, with Zelda, in 1921, for the birth of their daughter. He was famous, spending money he didn't have, giving all-night parties, drinking enough to get himself thrown out of the White Bear Yacht Club.

He rented a house on Goodrich Avenue and tried to get some work done, and wrote one of his finest stories, ''Winter Dreams,'' about Dexter Green and his dreams of glory and happiness and the fabulous girl, Judy Jones, who loves him and then doesn't. Years later, in New York, when a man tells Dexter that Judy is married to a heavy drinker named Lud Simms and living in Detroit and that, frankly, it's hard to imagine why Simms married her, there's nothing special about her, Dexter Green realizes that his youth is gone. ''He wanted to care and he could not care. For he had gone away and he could never go back anymore.'' And with that story, Fitzgerald left home forever.

He was not overly fond of us, it must be admitted. New York was his city; St. Paul was the city of his parents -- ''dull as hell,'' he said in a letter; he hated the cold winters; and he had no interest in the prairie, the North Woods, the lakes -- few writers have been less interested in nature than Fitzgerald. So he left and didn't look back and never wrote a homage to home, his roots, the goodness of the Midwest.

Somehow, it doesn't matter. He is admired in St. Paul anyway, as an elegant writer whose work breathes with feeling, an honorable man who kept at his work, though distracted by celebrity and burdened by alcoholism, and whose work keeps finding a new audience. The writers who pitied Fitzgerald elaborately when he died young -- Glenway Wescott, John Dos Passos, John Peale Bishop -- are today little read, if not unreadable, and as for Dorothy Parker, who is supposed to have looked at Fitzgerald's corpse and muttered, ''The poor son of a bitch'' -- who has read Dorothy Parker lately? Even Hemingway drifts through a long eclipse. Fitzgerald, the man who squandered his talent and died young, turns out to be the great survivor of his generation.

And so, this week, St. Paul is putting on a 100th birthday party for Fitzgerald. A life-size statue of him will be unveiled downtown, a flock of writers is scheduled to speak up for him -- including Joseph Heller, Jane Smiley, Donald Hall, Michael Dorris, Tobias Wolff, Patricia Hampl, Robert Bly -- and his granddaughter Eleanor Lanahan, and Frances Kroll Ring, who was his secretary and typed ''The Last Tycoon'' for him. The Postal Service will issue a stamp, the St. Paul Chamber Orchestra will play the overture to John Harbison's new opera, ''The Great Gatsby,'' and, most important, people will stand up and read Fitzgerald's work. Almost all of it. Fitzgerald himself feared that the motion picture would render prose fiction as obsolete as the silent movie, but his own work proves him wrong. He has remained astonishingly young and truthful and is lively company, and when you encounter him, you find the fellow we in St. Paul admire, who came home in despair, having lost everything, and wrote the novel and won the girl.