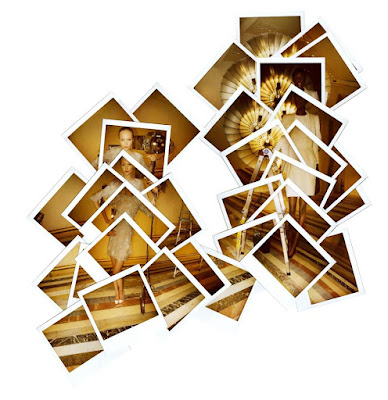 When I try to remember my year in Sao Paolo, I am able to summon just enough material to fill a teacup.  A cup of tea does not an exciting story make, unless the tea happens to be particularly potent. Unwilling to risk a diluted version of my experience, or able to go so far as to falsify the disparate and vaguely tangible, I turn to the anthropologist Claude Levi-Strauss.  I think of Levi-Strauss as the French Borges of anthropology.  A man of the library.  An anthropologist who found in the archives answers that weren't available to him in the field.  He also who wrote Tristes Tropiques, a book about Sao Paolo.

There is much to admire about Levi-Strauss.  He is a tremendous, if utterly self-indulgent, writer.  I am hoping his elegant phrasing, acerbic wit, and inexhaustible genius will enable me to exhume a year of my life that has gone missing.  Looking back, I should have kept a diary.  I didn't.  The idea may have occurred to me but as fallible as my memory I am almost certain it was the last thing on my mind.  A year away involved lots of planning of a kind I'd never done before: choosing the right sort of luggage (go with the duffel bag; you can cram a lot in a duffel bag); passport and visa applications; trips to the doctor for vaccines; going to the bank for travelers checks.  You would have thought I'd have had some contact with my future host family before leaving the States.  A letter.  A phone call. But I don't remember any contact at all.

I do recall arriving at the airport in Sao Paolo after a miserable flight.  I was picked up by two attractive people, a man and a woman, who could have been anyone--and in a way were anyone because to this day I can't remember their names.  It is altogether possible that in the entire time I was in their home, I never addressed them as anything but "senhor" and "senhora."  Mr. and Mrs.

Senhor struck me as quite put together. I was used to my own father, who dressed for comfort and thought about his appearance as little as possible. But, like my father, he wasn't stuffy.  He was also a cheerful person.  As for the senhora, she reminded me of my mother because she bleached her hair blond. There was a fluttery quality about this woman, like a leaf that never ceased to tremble, wind or no wind.

Senhora often showed me pictures of her son.  She missed him to a degree I found surprising, almost upsetting.  Her beloved child had signed up for a year abroad in the States, and in exchange, she got me.  A stranger from a country I suspect she'd never visited, and about which she could only imagine. All those pictures. So little English.  A word or two.

Living among the Paulistas is like living among New Yorkers.  City people. The official language is Portuguese, although people assume Brasilians speak Spanish.  The country as we know it began as a Portuguese colony.  Its Christopher Columbus was Pedro Álvares Cabral, who set off for India in the early 16th century, got lost, and landed in Brasil. Levi-Strauss mentions that there is some dispute about whether the French hadn't arrived first. The name "Brasil," so the theory goes, was adapted by French settlers, and "as early as the twelfth century had been closely guarded and secret name of a mythical continent of wood dyes."  Red gold.  These colorful dyes come from the Pau Brasil, the tree after which the country is named.  Pau Brasil is also known as the music tree because it is used in bow making.

It should also be noted that Brasilians don't like being thought of as just another Latin American country, and it is a sign of ignorance if not disrespect to assume they are like Chile or Peru, or any of the other Spanish speaking nations in the region.

Sao Paulo is a mega-opolis, a giant city--one of the largest in the world.  Levi-Strauss writes that already, in 1935, when he was a professor at the fledgling University of Sao Paolo, vestiges of Sao Paolo as an exotic, tropical outpost were almost nowhere to be found. Instead of tribes of native peoples, he arrived to a society made up of the descendants of European colonial-settlers, Afro-Brasilians, and immigrants.  He writes of having been deceived by one of his professors in France, observing that he had been told that the suburbs of Sao Paolo are "full of Indians, whom you can study at the weekends."  Given the history of the Americas and the fate of the indigenous people, it seems incredible to think he could have been so naive.  But, then, we have deceived ourselves so long when it comes to the disasters that befell indigenous people with the onslaught of European colonization that it becomes sadly plausible. As Levi-Strauss explains it, he thought that Sao Paolo was a "native town."

Reading Tristes Tropiques, I chase after Levi-Strauss as he expertly navigates Sao Pao looking for details--signs, anything--to figure out where I might have lived.  On the slope which leads down to the Tamanduatehy river and overlooks the working-class district of Braz and Penha?  Or, near the Praca da Se, the cathedral square?  Most likely, I was lodged at Perdizes or Agua-Branca, both middle-class neighborhoods. Nothing luxurious, like the Campos Elyseos, a neighborhood of villas and eucalyptus trees but which, according to Levi-Strauss, already fallen into ruin in 1935.

Everywhere Levi-Strauss looks, he finds evidence of urban and rural decay. The wear and tear depressing. In the New World, nothing should age. All is youth and vigor. If the New World must age, couldn't it do it more gracefully--like Old World cities? As for me, I remember only ultra-new, modern high rises, which now make me think of something out of Kafka's Amerika in which entrances and exits are constantly shifting, and high rises are places of entrapment.  I can only assume that I spent long periods of time alone in my room, at least in the beginning of my stay to explain this persistent impression of claustrophobia.

Inside  my white-walled cell, I moped.  Lunch was the brightest part of the day. The family sat around the table while my host mother and the hired help served meals that were delicious and lavish, and all of it freshly cooked.  Coming from a home in which both parents worked and Thanksgiving was one of the few meals we ate as a family, I realized I'd been starved, not intentionally, but no such custom existed in my house. We lived on peanut butter sandwiches, cereal and yogurt.  Meat suddenly became a staple.

Sometimes, for my benefit, a young couple who spoke English came to lunch.  Right from the start, they told me they weren't married but lived together.  The woman explained that people shouldn't rush into marriage.  Weddings cost a lot of money.  Divorce too difficult. She smiled, kissed her partner--couldn't have been more beautiful, charming, or liberated.  Divorce in the States was legal but, with exceptions, culturally taboo--as was living together. In Brasil, which I didn't know at the time, divorce only became legal in 1977.  Taboos aside, the easiest way around the law was to simply not get married.

No doubt, Levi-Strauss would have something brilliant to say about marriage customs.  But, I didn't go to Brasil to conduct anthropological field work.  I went to Sao Paolo as an exchange student.  I expected when I stepped off the plane to feel concrete under my feet, not virgin soil.  Having flown in, it was difficult for me to get a sense that I was in the tropics.  I had been dropped into a huge, unruly urban center, and anything outside of the city had been cut off from view by corridors of skyscrapers.  This urban behemoth is situated on a plateau nearly two thousand five hundred miles above sea level. Winter, which lasts from June to September, is cold and grey.  Heat brings rain, which lasts from October through March, and humidity.  Levi-Strauss remarks that, in Sao Paulo, the humidity causes the rain to fall in odd patterns and consistency, like a multitude of tapioca pearls.  When the clouds move out, and the sky turns blue, the pearly drops vanish and it begins to pour.

Before I left the States, my sponsors told me to think of myself at all times as a guest, not only in someone's home but in another country. Boasting  about where I came from was unacceptable. My conduct should be beyond reproach.  People were counting on me.  My host mother, for instance. The exchange program meant her son could study in the United States. To secure a brighter future for him, she agreed to take me in.  It cost her a great deal but she dealt with the grief by sending him letters, mailing off packages, showing me pictures.  As for me, I came unprepared. Where were the pictures of my family?  The town where I lived?  Pictures were to be our lingua franca. Without pictures, I had nothing to exchange.