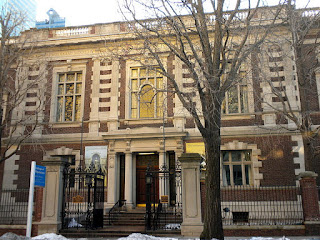 In my teens, I suffered a grand mal seizure, an eruption that felt like the cranial version of Krakatoa. Later, in college, I awoke with a painful lump on my tailbone, near the cleft of my buttocks. It turned out of be a pilonidal cyst. The term "pilonidal," in Latin, means "a nest of hair," which is the common trait of these bizarre tumors. In 2001, an excruciating cramp on my right side sent me to the emergency room. Scans showed a growth of some sort, and with the ominous news that it might be ovarian cancer, I went under the knife. After the operation, my physician told me that I was lucky; it turned out to be a dermoid cyst, a benign but freakish tumor that sprouts hair, bone, thyroid glands, teeth--you name it. In 2010, I woke to find a large bald spot on my scalp. The diagnosis: alopecia areata. A rare autoimmune disorder, alopecia areata is an allergic reaction that can result in loss of all hair, including eyelashes. I could list other anomalies. Optical distortions I tried to describe to one doctor as "It's like seeing hundreds of lighning bugs going off at once." He told me he had no idea what I was talking about.

Given my medical history, it is no wonder that I have visited the Mütter Museum on more than one occasion. The museum is located on S. 22nd Street in Center City, in The College of Physicians. 'Just another medical school,' the causal passerby might think with a yawn. Why bother stopping? Far more eye-fetching monuments beckon around the corner. Not counting The Forum, a triple X movie theatre a block or two away, The College of Physicians is set in a sedate residential neighborhood, and then there is the name--so straightforward and institutional sounding. From the outside, it holds all the promise of a doctor's waiting room: wall-to-wall carpeting, cheap water-color prints, piles of dog-eared magazines, and the nose-wrinkling and pervasive odor of disinfectant.

The initiated know better, those who have made the trip to Philadelphia's famous anatomical institute and have climbed the worn steps leading to the college; those who have patiently waited in line to pay the $10.00 admission fee, where visitors exchange nervous glances--the marble foyer echoing with excited voices. I have wondered, as I waited, if many of them weren't experiencing second thoughts. Were any of them really prepared to see what lay beyond the vestibule furnished with reddish brown leather couches and dark oil paintings of scientists and doctors? What about the name of the museum's founder, Thomas Mütter? What did the word "mütter" mean in German anyway? Something incredibly gross, I imagined.

In 1858, Thomas Dent Mütter, Professor of Surgery at Jefferson Medical College, bequeathed his personal collection of anatomic and forensic materials to The College of Physicians of Philadelphia. Over the years, the Mütter has garnered an obscure if sensational reputation. It has been nicknamed "the museum of death." Once inside, the Mütter presents the viewer with a strange series of paradoxes: the mahogany repose of a gentleman's library, where atrocities of every possible type are catalogued and exhibited; an institute devoted to medical progress that offers one lurid spectacle after the other. On public display is a fantastically enlarged colon; jars of fetuses in every stage of development preserved in formaldehyde; dozens of skulls and skeletons; a fully preserved corpse known as "the Soap Lady;" numerous shrunken heads. To call the collection unforgettable is an understatement. The museum will transform your ideas of what it means to be human. After leaving the Mütter, you will realize that the human body is capable of anything. Physicians refer to the body in terms of "systems" and "structures" but they do not come close to describing the chaos that ensues when, say, a human head begins to grow horns. It is impossible to look upon this wild proliferation without awe and terror. Not surprisingly, the men and women who have spent their lives working in close proximity to disease and death exhibit a fascination with the macabre that exceeds the purely clinical. However disturbing, the Mütter houses numerous "mementoes," among them physicians' notebooks and instrument cases bound in human skin.

Of course, knowing that my own medical records read like a scene from the Trilogy of Terror, I was already aware that the human body is capable of anything. During my visits, I have studied with interest the drawing of a pilonidal cyst the size of a basketball, or the sketch of an attractive woman missing half a head of hair. I confess to feeling an odd sense of loss when examining the various dermoid cysts, those monstrosities that that can spontaneously sprout inside of us, and are all the more creepy for their human qualities. I can't help but think that my odd anatomy merits a place among the medical mysteries housed there. It may come as no surprise that I have already made plans to donate my body to science.


Credits: This piece was originally published in the now defunct "Metropolis." http://www.phlmetropolis.com/2011/07/my-mutter-moments.php
at May 27, 2017