By
Kathryn A. Kopple 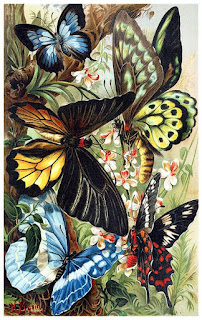 Two sisters lived in the house across from the old mill. The mill had been long abandoned when the parents bought the house in a place that was woodsy, the trees trading in their sumptuous greens for sedate browns depending on the season.

Three years separated the girls. The elder sister was beautiful and so was she. But, the elder sister had long, agile fingers—all the better to play Beethoven with.

She could scarcely hold a crayon. When she moved on to pencils, she still hadn’t managed to write the way the elder sister could—in her exquisite sister’s cursive. She wrote up and down. A single word required tremendous effort, descending letter by letter, down, down, down—or the reverse, writing in an upward climb that went from the bottom of the page to the top. Down-up writing was a real challenge. Far easier it was to write down the page than to push the pencil up, up, up—the girl’s tiny arm being dragged along by her hard-working hand.

Her elder sister had no difficulties when it came to writing. She mastered her signature with the ease of a pro—in all its curlicue glory, and glorious was the name that could be rendered in such fine script.

The two sisters were becoming so different; the opposite of twins. She had heard stories about children kidnapped by fairies. The fairies would take a perfectly adorable, healthy infant and leave in its place a changeling. She could very well be a changeling.

She learned about changelings the way children do, via some magical force: dolls, magazine covers, FM radios, movies, marbles, hopscotch, and grandmothers. Her grandmother told her stories about changelings. They were feared and despised. To protect human babies from these parasitic-winged monsters, parents placed hot irons about the cradle. Other preventative measures included mixing boiled eggshells in with their gruel. She didn’t like eggs even without the shells, especially scrambled eggs—which reminded her of cottage cheese but yellow and slimier. Her bedframe was made of iron and she had the bruised shins to prove it. And then there was her sister, adored by both parents, and whom she resembled about as much as an armadillo resembles a flamingo. 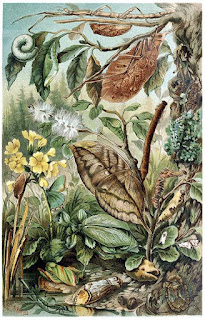 The elder sister grew more beautiful with each passing day while the younger sister became more convinced of her hideous origins. She was barely able get through school without weeping. The time came when—about fourth grade—the guidance counselor called her mother. Her mother spoke to her father. Her father sat her down and broke the news: she was left-handed. He explained that only 10% of the population was lefties or “antipodals,” a minority group together with ambidextries. For left-handed people, the world was full of objects that worked fine for others but not for them. From scissors to spiral notebooks, baseball gloves to ballpoint pens, measuring cups to seatbelts, toilet-paper hangers to right-handed doors—the list went on.

“Who would have thought?”

“There you go again.”

“Of course not. What was I thinking?”

“Your feelings are hurt.”

“You haven’t changed a bit.”

“What are you talking about?”

“I don’t believe I’ve ever heard of that color.”

She wasn’t a changeling after all; she was left-handed. And that made her just as human as anyone—even more human, more unique, according to her father. Her life wouldn’t be one iota easier, but she would sleep better at night. She wouldn’t lie awake, chewing on her hair, worrying if she belonged to her parents. She did. All parents loved their children, and so it was a foregone conclusion that they loved her—and never mind that her sister had grown more beautiful and brainier than ever.

“No, you are too good for blame. You would never point a finger, raise your voice, or speak an unkind word.”

“And don’t I know it. Only nectar slides off your tongue.”

“I’d say that is perfectly manageable.”

“A long soak in a buttercup filled with dew.”

Soon after she turned thirteen, her father came home with an electric typewriter. He set it on the kitchen table. Sturdy exterior, key-strike precision timed, impressive paper roller, bright red tab button. A perfect assemblage of form and function. He then handed her Typing for Beginners, a manual that promised to make a first-rate typist of her in twelve easy lessons.

The elder sister came round to have a look. If the elder sister could play Beethoven, she could certainly type. Hands laid expertly on the keys, her sister typed out: A is for Alice. She could work with that. She leaned over, her shoulder touching her elder sister’s and, with a good deal of hunting and pecking, managed: B is for Betty. The two of them went back and forth, matching letter to name, arriving at “J” before the elder sister lost interest.

The younger sister applied herself to the typewriter. The machine had been moved from the kitchen to the basement because the clattering of the keys distracted the elder sister’s piano practice. She dreaded the place: a dark cellar, full of stinks and crawlies, and no good light. But, down she went. Peering into the semi-darkness, the keys springing into action under her fingertips, she typed away. And then, an idea: with just the right strokes, typing could be so much more. She could make music from her typewriter. With just the right this or that, she could type with the identical grace, force, and majesty she heard when her elder sister played the piano. It became her life’s ambition to transform her electric typewriter, a mere machine, into an instrument.

“It is wonderful to hear her.”

“The third movement could use a little work.”

“Will it ever be good enough?”

“Honestly, I forget how much it means to you.”

“Because when we talk about it, you start to doubt.”

“You need to trust.”

For the most part, her plan was going well. She had memorized the keyboard and could type with her eyes closed. But, she hadn’t managed to get music from the typewriter. It would come in time, she told herself, with practice and patience. Her sister practiced diligently. She had to pay her due diligence. “It will come,” she told herself, day in and day out, and stare at her hands in frustration.

One of those days, her hands came to rest on the keyboard. Her sister must have finished practicing because she heard no music. She smelled her mother’s cooking. Most likely, a mash-up of meat, starch, vegetables. Dinner would soon be on the table. Her stomach felt as if it needed something in it. Lunch was long gone. Besides, lunch was the cruelest meal, concocted of stale bread and slabs of ham. She couldn’t expect much tastier food from dinner. Still, the slapped-together dinners came warm from the stove and had not yet fossilized.

She tugged the plastic cover over the typewriter. She climbed the cellar stairs, reached for the doorknob, and found it frozen in place. She drew back her hand, her breathing staccato. It hadn’t occurred to her that the door had a lock—that she could be locked in, out, down. Again, she tested the knob; it wouldn’t budge. She beat against the door. She yelled, pounded, yelled. Her voice grew weak but she kept banging. Her pounding fist sounded to her the same as a typewriter when the hammer meets the page before it retreats to allow for another, and another, and another.

Her hands ached. She had beaten them to pulp. She would have stuffed the mush that had been her fingers into her mouth but what was there left to stuff?

From then on, she spent her free-time in the woods around the house. Often, she swept her misshapen hands over the delicate mandalas that covered the windows of the old mill, and soon a gossamer glove appeared on each hand, as if they had been made for her and no one else. With her shimmery hands, she returned to her typing, always amazed at how pretty her fingers looked as they moved silently across the keyboard.

“I thought it would get easier.”

“It’s no good making yourself ill over it.”

“There is no sacrifice too great.”

“Why must there always be a sacrifice?”

“Can you imagine what it would have been like if we’d done differently?”

“Every day I wonder.”

“Who wouldn’t want to listen to ten thousand notes than a single letter of the alphabet?”