They Have Named My City a Hundred Times

Once for a woman with golden hair,
and once for the spirit hills rising
to the west. They have called it after
a species of bird that flocked in the
pine-rich woods, but hasn’t been seen
for a lifetime or two. A king named it
for his dog, another for his horse,
a third for a gleaming ship that brought
a Bronze Age army to its shores.
It’s been named for generals and queens,
businessmen with large mustaches,
for castles, cathedrals, and banks.
One time it took its name from some
great, roaring inland sea that turned
to sand thousands of years ago, leaving
fishbone fossils in the sedimentary rock.
Every street has had a hundred names –
Pear Street became Lion Street, and then
Flood Way, or Disaster Boulevard, and when
the smoke cleared, The Avenue of Curses and Remorse.

three lithe lemons, or three candy
sticks, moist from the licking
of tongues.

When the sky opened, mourning doves
fluttered  toward the trees, eyes flaming,

wings obscured by smoke.
Before they could spring back into air

two small girls gathered
them in baskets woven of weed
and straw and the long, sticky sinews of frogs.

Steve Klepetar lives in Saint Cloud, Minnesota. His work has appeared widely in the U.S. and abroad, and has received several nominations for Best of the Net and the Pushcart Prize, including four in 2016.Books by the Author Recent collections include: “A Landscape in Hell;” “Family Reunion;” and “How Fascism Comes to America.” 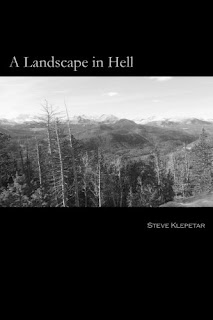 For purchase A Landscape in Hell 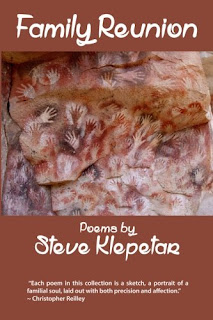 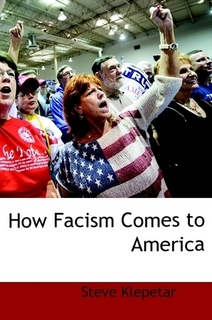 For Purchase How Fascism Comes to America