One summer, just after he got out of jail,
my cousin Eddie was our ice cream man,
and long before I’d see his truck
I’d hear bells playing Turkey in the Straw.

That meant free ice cream from
Eddie the Ice Cream Man – my cousin --
and I’d make sure all the kids
on Collimore Road knew it.

One day though
the ice cream man was not Eddie.
He was another man,
a man who looked rugged and tired

even to my seven-year-old eyes,
and I stopped short,
instantly shy and lost
at the end of my own drive-way.

The man’s hair was shiny and slick,
one arm was covered with tattoos
that had bled outside the lines.
He said What do you want?

Whatever he gave me didn’t matter;
it was instantly my favorite.
This ice cream man raised his voice --
Then what’d you come runnin’ out here for, huh?

My ears got hot
but before I could answer
I heard my father's voice behind me
from the top of our drive-way.

He spoke loudly and in a tone I didn’t recognize.
Hey, don't talk to him that way!
And the ice cream man shouted,
Who the fuck are you?

I'm his father. And he’s my son,
he hollered at the ice cream man,
who punched his middle finger
in our direction.

Then the truck lurched off
in a way I had never seen
an ice cream truck move –
sand and smoke billowing,

the engine straining,
and Turkey in the Straw
fading down the street of my childhood.
When I turned back to my father

I only caught a glimpse of his rounded shoulders
as he went back into the house,
and I stood there alone,
paralyzed in a crossfire of words. 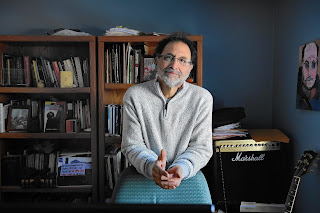 John L. Stanizzi is the author of six full-length collections – Ecstasy Among Ghosts, Sleepwalking, Dance Against the Wall, After the Bell, Hallelujah Time!, and High Tide – Ebb Tide. His work has been published in Prairie Schooner,American Life in Poetry, The New York Quarterly, Paterson Literary Review, Rattle, Tar River Poetry, and many other journals. Many of his poems have been translated into Italian and have appeared in El Ghibli, in the Journal of Italian Translations Bonafinni, and Poetarium Silva. His translator is the poet, Angela D’Ambra. John has read at venues all over New England, including readings with Carl Dennis, Gerald Stern, and Marilyn Nelson. His brand new book, a memoir written in sonnets, called Chants, will be published in 2018 by Cervena Barva Press. John is on the boards of the Sunken Garden Poetry Festival, The West End Poetry Society, and he works as a teaching artist with Poetry Out Loud, the national recitation contest. He teaches literature in an adjunct capacity at Manchester Community College in Manchester, CT, and lives in Coventry, CT. with his wife, Carol, and four black kitties. 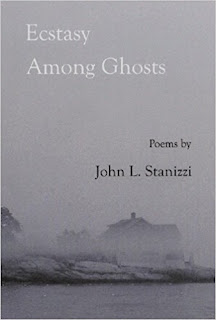 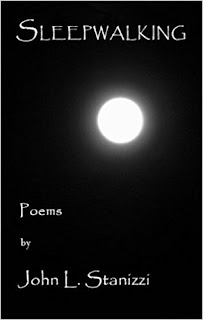 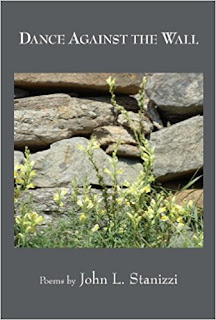 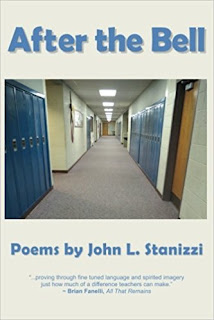 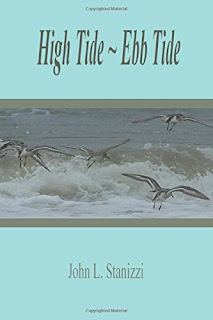 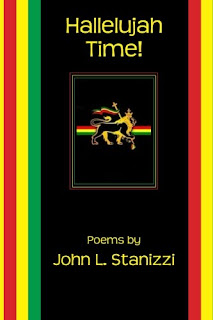