The First Time I Left Home (to be continued) 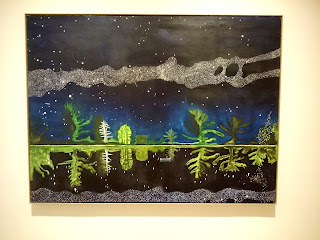 
I grew up near a river.  In an old mill town.  Up north two hours from New York.  It was a mere cranny of a place, not so groomed as it is now--or crowded with antique dealers and drug stores.    A small town just far enough away from New York or Boston to make getting anywhere a journey.  It was a journey to see a movie or concert, forget about department stores.  Fact was that not much of anything a sixteen year old wanted--that I wanted--was easy to get to with or without a car. The interstate ran along the coast while we were an hour to the west and inland. The inland highway would come finally, and with our very own designated exit, but not before I had my epiphany.

Epiphany of leaving, that is. I had spent decades in rural exclusion, and naturally it made me feel utterly stuck.  How many of us who grew up in those years felt precisely as I did?  Stuck.  As in, not going anywhere, ever.  I could employ a bit of psycho-sociology here to further clarify why we--of that pre-techno revolutionary period--experienced stuck in its most acute form. The world had sped up, radically. We got wind of it via music and television.  Rock stars started singing about "space." The surge and flux of music about Aquarians and aliens reflected precisely the blast- off age. I remember my mother pulling me out of my crib and sitting me before the giant television to watch the first moon landing.  The words, "That's one small step for man, one giant leap for mankind" are seared in my mind.  It was a clarion call.  And yet there I was, growing up American in a drop of a town with few roads and scant options.

Until I learned by sheer chance that I could go somewhere--and that somewhere would be farther away than imagined.


Kathryn A. Kopple works in Spanish and English. She has published original poetry and prose in numerous publications, including The Threepenny Review, The Bellevue Review and The Shell Game (anthology, U of Nebraska Press). She is the author of Little Velásquez and The Leaving Year (Mirth Press).
at May 18, 2017