In a pivotal scene, members of the congregation make a trip to the Capitol to warn Senator Sunraider that his life is in danger. After being turned away from his office by his secretary, the group goes to a visitor's gallery just in time to see a young man rise and shoot the Senator.

Theories abound to explain the inordinately long writing period for this second work of fiction. Mr. Ellison's friends say he was not struggling with writer's block, but there is no doubt the achievement of "Invisible Man" pitched his own expectations very high. 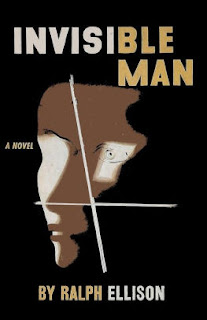 "As an artist I think he came to sense the magnitude of 'Invisible Man' as what Bellow called a victory," said Mr. Callahan. "That made him set his standards higher."

Mr. Ellison's friends also point out that the fire that destroyed his manuscript devastated the writer. It was five or six years before he could bring himself to reconstruct what had been lost. And when he did, his thinking about the work had changed.

By all accounts, the novel that slowly took shape after 1966 was quite different. "It changed, I know that," said Mr. Fox. "It became longer. The second version, I gather, is a much more ambitious book than the one destroyed in the fire."

In an interview in 1981, Mr. Ellison said: "The new book's form is a realism extended beyond realism. It's a crazy book, and I won't pretend to understand what it's about."

As a practical matter, the enormous success of "Invisible Man" made its author a public figure, as well as freeing him from the financial need to publish.

"Part of the problem was that his first novel received the National Book Award, and he then began receiving awards and degrees," said Robert J. O'Meally, a professor of English at Columbia University who has written two books on Mr. Ellison. "His standards were high already. And the pressure then was more than he could bear to equal what he had done before."

Mr. Ellison deeply admired Andre Malraux, who combined the roles of novelist, public intellectual and government official. He took great pride in serving on the Carnegie Commission on Educational Television, which established public broadcasting in the late 1960's, and he served on the committee that created the John F. Kennedy Center for the Performing Arts in Washington.

"All this gave him certain opportunity to be a public man and a citizen," said Mr. Callahan, "but some of those responsibilities he might have wished would pass away." Work on the Transitions

Ellison scholars often argue, in a somewhat aggrieved tone, that his two works of nonfiction would entitle him to a prominent place in American letters even if "Invisible Man" had never been written.

In recent years, however, Mr. Ellison seemed to be within striking distance of another complete novel. His working method was to construct vignettes or long set pieces, which he then wove together. In his introduction to the 30th-anniversary edition of "Invisible Man," he stated that it took seven years to write in large part because of the attention he lavished on the transitions binding the main sections of the work together. The same painstaking work, apparently, occupied his last days. Painstaking, but far from painful.

"I spoke with him on the phone on March 12, and he was as expansive and outgoing as could be," said Mr. Callahan. "He spoke of the day's work he had just done on the novel."

Apparently, Mr. Ellison liked what he saw. And for a man supposedly wrestling with the muse, he seemed to be laughing a lot. "Fanny would say she'd come upon him at work and he'd just be chuckling," said Mr. Callahan. "He was having a hell of a good time."