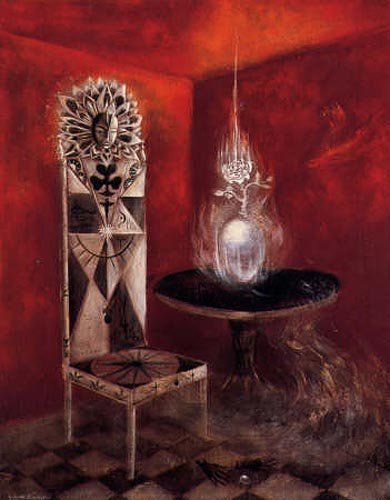 A butterfly was tried in a higher court today.

Attended by court-appointed counsel, the butterfly appeared composed, almost frozen, to the side of the hermetically sealed glass box, where it had been held in solitary, if transparent, confinement since a team of FBI agents in khaki shorts and wielding nets went looking for the alleged suspect in a heavily wooded area in upstate New York.

The authorities applied old-fashioned crime solving strategies to complex theoretical models involving chaos theory, quantum physics, and optics in their search efforts.  A clairvoyant also weighed in on the case.

The first to take the stand was an aged scientist, well versed in his field, who explained with clinical precision all the ways in which a flutter of a butterfly's wings in Brazil might set off a tornado in Texas.  Outraged, people swarmed the streets denouncing the oppression of Intelligent Design Theory.  The authorities arrested several of the protestors, including a man with a giant blue monarch tattoo on his back, and the trial resumed.

Throughout, the butterfly showed little remorse.  It appeared utterly indifferent to the harsh words uttered against it, even when the prosecution labeled the creature "evil," "mass murderer," and "sociopath."

In a unanimous decision, the butterfly was sentenced to death, and would have been led out of the courtroom in chains, except that the heavy weight would have crushed it—thus denying the State the opportunity to see that justice was served.  It was decided to keep the butterfly in its glass prison until it could be transferred to death row.

The death penalty would have to be enacted swiftly, since butterflies have short life spans anyway.  Just as the butterfly was about to be taken out of the courtroom, the defense counsel, rising to his feet with a defeated look on his face, knocked his client off the table, whereupon the glass broke, and the prosecution, in an effort avoid the flying shards of glass, crushed the stunned monarch underfoot.

The butterfly's death was deemed accidental and no charges were brought against the prosecution.