Georges Perec was 75 last month. It needs to be said that he died in 1982; but there are many ways in which he is still alive. Shortly after his death, a planet was named after him (a small one, admittedly).

He is still a member of a literary movement called OuLiPo: the Ouvroir de littérature potentielle (workshop for potential literature) does not see death as an obstacle to membership. His love of writing work in eccentric, apparently impossible forms continues to inspire. But can a work written by such crazy systems ever be a masterpiece?

In Life: a User’s Manual (1978), composed with a tight mathematical structure, and tricked out with puzzles, Perec proved it could be: this is a novel that manages to distil a vision of the world into a tour of an imagined building of apartments and, although the building is soon to be demolished, Perec’s own monument to it shows how his work can last longer than stone. It is surely among the world’s greatest novels. 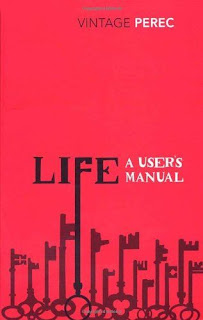 As if to de monstrate  that Perec can still be productive, Vintage Classics is publishing The Art and  Craft of Approaching Your Head of Department to Submit a Request for a Raise. The book was written in 1968, but appears only now in a completed English version.

This delay tells us two things. One is that it has been hard to convince anglophone readers that Perec is anything more than quirky and to persuade new audiences of the seriousness that lies behind his work. The other is that he wrote so much that, like a distant planet, news of all his creative energy has yet to reach us.

The quirkiness is hard to refute. Much of Perec’s work comes from game-playing. OuLiPo is devoted to creating texts using extreme constraints. Perec produced an entire novel without using the letter “e”, although he also offered a text whose only vowel is “e”, and a palindrome that’s 500 words long.

How, we might ask, could anything written with so many obstacles be worth reading? Do these things even make sense? Aren’t these works just whimsical – parlour games, as one member of OuLiPo put it?

The Art and Craft gives us another chance to consider this. To write a whole novel on the theme of approaching your boss might seem like stretching a point; and those who fear that OuLiPo exists to generate texts for the sake of it would have their worries confirmed by the information that this story exists in flowchart form. 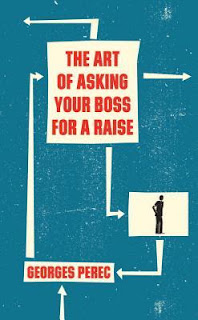 But what a flowchart it is. When you look at it, you don’t really know where the process starts. You go to see the boss. Is he in his office? No. Is the secretary in? Yes. Is she in a good mood? Yes. Can you see the boss? Yes. Does he ask you to be seated? No. When you ask about his daughters, do one or more of them have measles? And so on.

Wherever this procedure leads you, you can’t fail to notice that the arrows either send you round and round the chart, or else point to a waste-paper basket, as if it’s the ninth circle of hell.

David Bellos, an expert on one of the world’s tricksiest writers, is also Perec’s finest translator and has rendered the tale into English. In his biography, Georges Perec: a Life in Words, Bellos quotes the author’s assessment of the journey the story took from flowchart to prose: “I have followed ONE BY ONE all the steps of the route chosen, going back to the start every time an arrow sent me back there… the end result is a text of 57 pages built entirely on redundancy.”

The result isn’t redundant; indeed, in a world where bonuses at one end of the pay-scale lead to redundancies at the other, the satire behind The Art and Craft becomes all the more trenchant. But the question remains – why would a writer put such care into projects that are ultimately self- defeating and futile?

Perec is a great storyteller and a wry humorist. There is always a point in reading his work. But the sense that these narratives are going nowhere, or chasing themselves around into oblivion, is the aesthetic that lies behind almost everything he wrote.

This appears to be a 20th-century malaise, of a piece with those Samuel Beckett characters who chunter inventively into the void, and of a piece with Beckett himself, who, having established that he had nothing to say, went on to consider how to say it. It appears to be a modern frustration that the world is incoherent and nothing really means anything any more.

But Perec’s case of this malady is acute. The central horror of the century was his. He was Jewish. Neither of his parents survived the war. His father died in battle as the Germans swept towards Paris; his mother was murdered in Auschwitz.

It is almost shocking to think that a novel without using the letter “e” is a response to this.

The title of the book is a clue, though: in French, it is La Disparition. A document of disparition – disappearance – was the closest thing Perec could have to a death certificate for his mother. In the novel, a detective, Anton Voyl, must work out what is missing from a world facing disaster.

It is “e”. As an end note, Perec reflects, not for the last time, on how a loss in language can mirror a human loss: “The language of the Papuans is very impoverished; each tribe has its own language, and its vocabulary is ceaselessly diminished because, after every death, a few words are eliminated as a sign of mourning.”

Seen this way, a 500-word palindrome becomes a text that undoes itself; a memoir with deliberate mistakes becomes a document that undermines its own reliability.

In Life: A User's Manual is the Bible of the form. Not only is it set in a building that is doomed, but its central character has committed himself to a lifelong project that he knows will come to nothing: he will paint seascapes that will become jigsaw puzzles that he will eventually take back to the sea and send back, whitened, in the waves.

The irony of this is that Perec could undertake such work with ferocious energy. He wrote compulsively, determined to produce something every day. A list he gave his publisher, of books he still longed to write, showed how much literature we lost with Perec’s early death.

Sometimes, it’s true, he was goaded by the puzzles he had set himself. La Disparition was a response, on one level, to intense grief; but Bellos is surely right to say that it was also a way out of writer’s block.

However, here comes the real puzzle: Perec’s effort to create worlds that destroyed themselves ended up preserving them. Although it’s hard to finish Life: a User’s Manual without tears, the delicacy, the detail and the delight of the book make you glad to be alive.

No, Georges Perec is not alive. But for as long as people write by his rules, or read his work anew, his contribution to literature and to life will remain loving and vital.

Credits:  This article was originally published in 2011 in The Telegraph.
at December 11, 2017