A Torn Dress: The Rise of the Divine Feminine 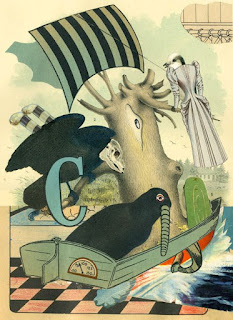 If you see me with a torn dress, know that I have been busy fighting patriarchy.
They took me to the hall of records and told me to erase the memory of the Goddess.
They did so with such force and technological precision
that they hurt themselves.
And, because of this, they called me a temptress and a sinner and tore my dress.
Yes, they tore my dress and covered my face with a veil.
So, I took to writing poems on the sly.


Many men are jealous of the Goddess.
They’d quit their job just to see her again though.
Like an ice cream dream that went away in the dark, they look to me for survival.
And, all the patriarchal men are becoming homies.


One Homie whistled at me.
Another King Homie whispered to me.
A fly-by-night-prince-Homie kissed me on the lips.
And the savior Homie listens to my story.


I saw a group of Homies gathered in the night forming a circle around a tree for symbolism.
You can rarely promote patriarchy under such circumstances so the first man
took off his clothing and went bathing in the stream.
He felt healed and kissed a snake.


Since then, I have decided to stay on Mother Earth.
I have been sewing my dress here and there.
It barely covers me, but I keep it on in memory of the benediction.
However, the universe insists that I should wear a new garment of poetry.
I told them that there is no garment as beautiful as courage.
They said, “Okay” and gave me a crown of thorns.


The women are giving birth to oceans of wisdom.
There are so many of us Goddess types that I do believe we are having
an evolution of sorts.
I saw a tall lady wear her backpack on her lips.
I saw Marylyn Monroe reincarnate at the back of a bus.
I saw Nina Simone sing for an immortal must.
So lonesome and so taciturn, we endured.
The mischievous sort live in the 5th dimension.
I live between heaven and hell.


When I was marching on into redemption, there was no
mention of “patriarchy” as a word.
There was only the torn dress.