Word, Sound, and Power on the Border 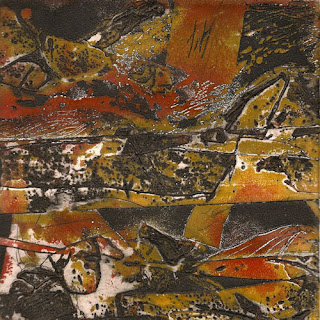 I never hold a grudge against emancipators.
It is only the coyotes who charge an arm and a leg and a RAPE that get to me.
Freedom is in the eyes of the children, but we swear freedom is found somewhere else.
We cling to our walls because we are afraid of snowflakes stealing our snow.
The border is made for killing and first it killed the land.
We are on the cutting edge of injustice and some of us are proud.
We kill as though the word “illegal alien” makes sense.
The Warriors of the Rainbow are on the border and they are shamans.
I shine my light like a Guatemalan girl and like a Puerto Rican father.
I pay my respects to Earth Mother.
Corporate welfare fathers are alarmed.
NAFTA never confused me nor does Fascism.
We the People of the Entire World are sick and tired of the post-colonial enterprise with its trickle-own effect misinformation.
We know:
Divine justice can be found in a bar and that
child molestation can be found in a church.
A cathedral is a cover placed over a pyramid.
They give us the cross so that we can take crucifixion like a good robot.
I am seeking the warriors of the rainbow:
If you find yourself asking whether you are out of your mind in this godforsaken land,
then come find me.
A tempestuous storm has hit this border town.
The poor quarters are looking livelier these days.
Word, sound, and power can be heard coming out of a samba band.
And the joy has become some sort of social movement.
The Warriors are calling it Chicana Jazz.
Hallelujah!
at August 07, 2017